I colored slightly at the compliment. I knew actaeons were solitary creatures In fact, actaeons are asexual and cannot "Thank you, Seridus. I guess you know except for their animal companions , but reproduce; they are the result of a trans- why I have come here, then. A druid "You seek help to stop the band years. I had heard that actaeons live for leads an elk to a place of tranquility and of marauders. Hop- natural beauty, where the animal is I nodded. There are too many of them for me to tight alone. From the way they bear themselves and the equipment they carry, they are experienced adventurers.

If I called on the help of my woodland friends, many of them would die driving away this scourge. The marauders have already killed Grubble. He thrust it into the sky and let out a booming roar. Let those who seek to harm the forest flee, or face my wrath. The warrior stood guard as the priest knelt and filled waterskins.

Seridus emerged from the bushes and stood, spear poised. I had only recently met Burgin, but he was Grubble's cousin and wanted to avenge Grubble's death. Seridus pointed the spear at the adventurers. Seridus glared at them. The warrior bellowed a battle cry. He moved forward, ready to slash at Seridus. Seridus moved just as swiftly, hurling the spear. The priest finished his spell and six wolves appeared before him. Laughing, he pointed at Seridus.

They paused, then sat on their haunches and whined. I later learned from Seridus that an actaeon's position of respect and power is so great in the woods that no normal forest animal will attack or harm him in any way.

So long as an actaeon's allies are in his presence, forest animals will spare them as well. However, an actaeon does not have the power to turn animals against their controller, and the animals will still obey other commands from their controller. The priest hissed with anger. Beside him, the warrior grunted with pain as he ripped the spear from his shoulder.

Seridus reached down to pet one of the wolves. He reached into a quiver slung over his back and pulled out two spears, hefting one of them in each hand. The priest began casting another spell, and the warrior staggered to his feet. I murmured a phrase and silence descended on the area, drowning out the priest's spell. The priest hefted his mace, and he and the warrior moved forward to attack Seridus. The actaeon hurled both spears.

The first struck the warrior on the side of the head, knocking him to the ground, dazed. The next struck the priest in the chest, rupturing his armor and knocking him to the ground. Seridus roared in pain and stabbed at the warrior with his spear. The priest had scrambled to his feet, but before he could take action, Burgin was upon him, grasping him in a bear hug. The warrior was faring poorly against Seridus, and a blow from a spear left him clutching a deep wound in his chest. Seridus moved closer and jabbed with his spear.

The warrior raised his sword and tried to fend off the blow, but Seridus butted him with his antlers, momentarily stunning the warrior.

He then slew the warrior with a thrust of his spear. M pertim S. Ovar Z4.


No hkKten c-oate la. OQ ptr turn. He staggered from the clearing, intent on escape. Like a wolf bringing down a deer, he caught up to the priest and drove his spear deep into his back. The priest staggered and collapsed on the ground.

Seridus paused, then raised the spear above his victim and drove it deep into the priest's exposed throat. I turned away, sickened by the blood. At the priest's death, the wolves faded away. I was glad that I was not the one facing Seridus, for I have learned that actaeons are ruthless opponents. The concept of mercy is foreign to them—they fight until the threat to their forest is vanquished.

If an opponent surrenders, an actaeon will quickly weigh the situation. Moving swiftly, Seridus slung the body of the warrior over his shoulders. Even wounded and burdened with the weight of the warrior, Seridus still moved gracefully through the woods and left little evidence of his movements behind him. The mage glanced at the blood, and then, noticing the unnatural silence of the area, moved away.

He cast a spell, dispelling the silence. One of the thieves, a thin, wiry man stood up.


I don't know what happened to the other. Judging by the amount of blood. I'd say they wouldn't be worth bothering about. 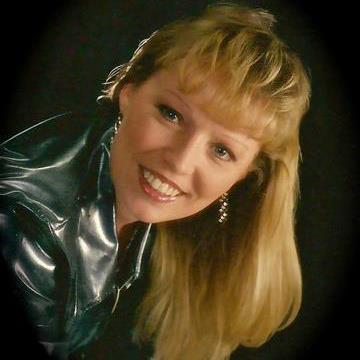 I'd say it was a bear. The adventurers reacted swiftly, the mage beginning a spell, the fighter and one of the thieves surging forward with blades ready. The other thief balanced a throwing knife in his hand and aimed at Seridus.

Seridus roared, pouring a cloud of green mist from his mouth. The mist enveloped the adventurers, and I could hear startled cries of surprise from within the cloud. In a few moments the mist cleared, and four squirrels stood on the forest floor instead of the adventurers. Seridus had told me that he could breathe this magical mist only once a day, and so saved it for use against larger groups, breathing on individuals if they were extremely powerful.

The squirrels were sniffing the ground in bewilderment, wondering how they had come to this place. He picked up one and placed it on his shoulder. He turned to the remaining three. I emerged from the woods and moved toward Seridus.